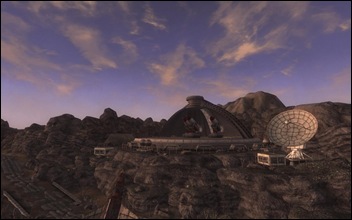 It’s been a while since the last update here, so I’m checking in to let everyone know what’s going on with e-AAGH.net.

The short answer? Nothing bad. I’m reviewing Fallout New Vegas at the moment, and it’s been great. I like some things about it much better then Fallout 3, but it’s got some hiccups that I’ll cover in the final review. The picture above is from one of the most memorable moments in the early game. How did you handle that situation? 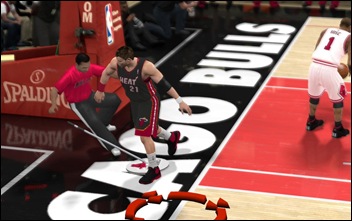 I’m also still writing my NBA 2K11 My Player blogs on AlphaSports. The above picture is my favorite so far. You’d think landing a haymaker on a floor mopper would be a flagrant foul at the very least (intent, windup and follow through – aren’t those the requirements?), but apparently side line folk are fair game. Next I’m going to see if I can knock out the mascot – Bennie the Bull always has irked me (but not as much as his blow-up counterpart, who I call Inflata-Bull). 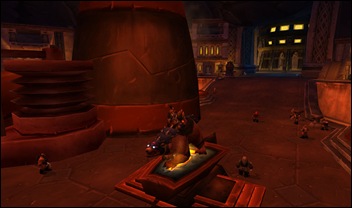 Alazar is currently on hold and may not see any real activity until Cataclysm. I just don’t have the drive to log in and repeat the same quests and dungeons I’ve been doing for months when in less then 30 days the expansion will hit and change everything.

I’d love to acquire either Fable III or Microsoft’s Kinect motion controller to review but those are both very much up in the air. Fable’s more likely simply due to it’s more reasonable cost but I’m not sure I’m going to be able to tackle either one right now. One reason is that my ancient upstairs computer has finally completely died so I’d like to replace it at some point (ideal situation: replace the main ‘puter with something better and use the old one down here for upstairs as an upgrade to both situations).

To sum thing up, everything’s pretty much as it’s always been around here. I’ll try and get my Fallout: New Vegas review live as soon as I can. Later, all.