Ok, I know this may sound sad, but I had a personal triumph this morning. Stitches, the Gift from the Embalmer down in Duskwood has killed me quite a few times, including five times in one stand as he raided Darkshire. About an hour ago, I was in Duskwood again, this time to turn in the hand of Dextren Ward from the Crime and Punishment quest, when I heard this:

Beware! Beware! I threat lurks in the wild! Night Watchers, be on the alert!

Having been in Duskwood many a time, I knew what that meant: Stitches was coming. I decided, having gained over ten levels since out last encounter, I was going to take him on. I met him just past the night watch post, and a battle was joined. Even with my Witchfury blade, a Winterfall Firewater battle elixir, healing potions, and my Lay on Hands spell, I barely finished him. He was doing about the same amount of damage I was, but he had around 10,000 more HP then me. Still, I lived, he didn't, and that's all that matters. I got his femur, but I don't know WTF I'm supposed to do with it... my sword's a two-hander, and I'm not downgrading just so I can carry a bone like some caveman.

In other news, Xbox Live is down for today, as they make preparations for the New Xbox Experience, due later this year. I'm looking forward to trying it, but I still like the current dashboard, personally.

Well, I'll leave you with this pic of me standing triumphant over Stitches. I'm proud of myself, even if I did only kill a level 35 elite at level 46. 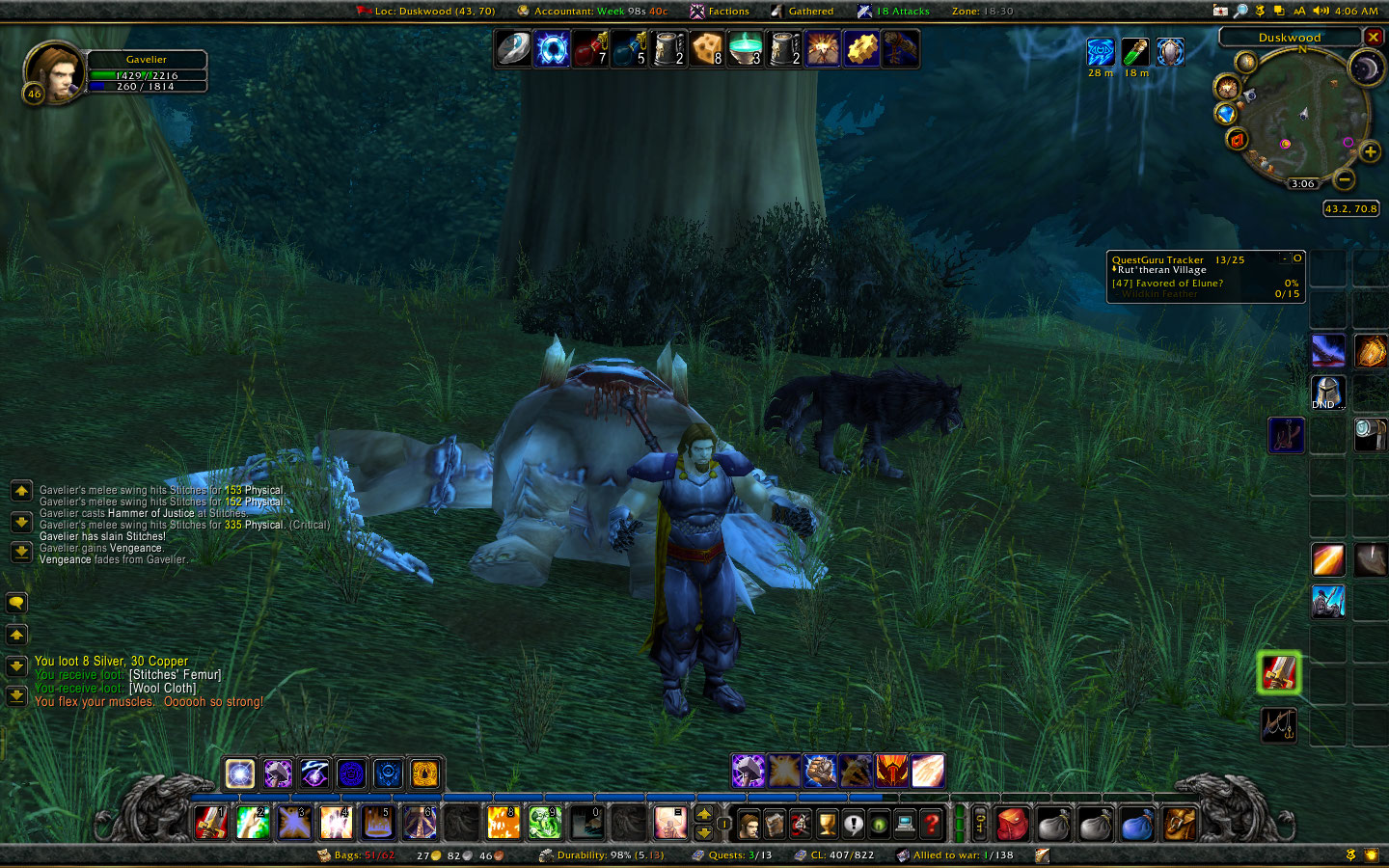 If only I had been able to get some XP out of the deal.
Posted by Alphasim at 4:51 AM