Once upon a time I attempted an iDevice (iPhone/iPod Touch) app blog. It died a slow, sad death. In it’s memory, though, I may post a random note about some of my favorite apps here. Today, we start with HippoRemote Pro


I started using HippoRemote during the WWDC conference. For whatever reason, while following a live blog on Engadget, I came across HippoRemote during a lull. I liked the idea of controlling my mouse with my iPod Touch, so I picked up the free HippoRemote Lite. After using it for the duration of my time following the live blog, I decided that I liked it enough to go ahead and buy the full version. 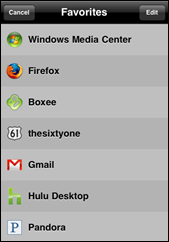 Thus far I am very happy with my decision. I’ve not put the game controller feature (where it acts as the controls for different games) to the test yet, but for surfing the web, playing videos and basic operations while I am some distance from my keyboard and mouse it works great. The different App Profiles are very nice. They’ve got all the one’s I’d want, from Media Player Classic to Firefox and Chrome. 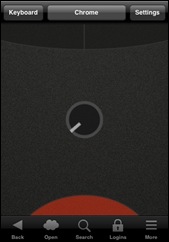 One reason I opted for the Pro over the Basic model was for the circular scrolling option. I missed my scroll wheel badly so this fixed it. You click a button at the base of the screen to bring up a scrolling wheel that purportedly functions similar to an iPod’s scroll wheel. All in all this is one handy app. I’d recommend it to folks who want to step away from the mouse and keyboard for a while. Later, all.