I’ve added a poll for everyone to vote on about your favorite e-AAGH.net network sites.
Which do you prefer? 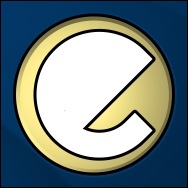 e-AAGH.net is the root of the network. Games news, reviews and previews are found here. It’s been up and active for over six years now. 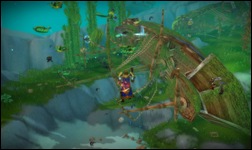 Our World of WarCraft blog, which has been inactive for a few months. It’s still up as an archive, chronicling both the game since launch of Wrath of the Lich King and my main, human paladin Gavelier from hapless level 42 soloer to experienced level 85 guildie. 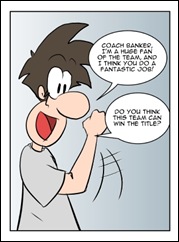 Our web comic about two radio DJs, their cousin Bernie Monster and their killer pet snake. It’s usually updated on the weekends, but due to varous factors is occasionally misses it’s release date. 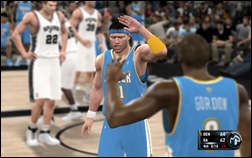 AlphaSports chronicles the career of one Rick Daniel in NBA 2K. Originally running on NBA 2K10, we migrated to NBA 2K11 when it released. Daniel started 2K11 playing point guard for the Miami Heat, but in his second season got traded to the Denver Nuggets and is now their sole star player.
So which is your favorite? Do you like AlphaSports’ biographical style or do you prefer a laugh with the Jockeys? Maybe you enjoyed Gavelier’s adventures and want him to come back, or just come here for the reviews. Let your opinion be heard!
Posted by Alphasim at 5:19 AM

For some reason, I can’t see all of this content, stuff keeps hiding? Are you taking advantage of java?

What a great resource!