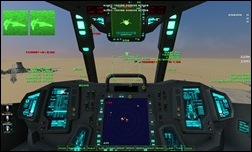 I gave All Aspect Warfare’s demo a shot. I really did. But either it’s messed up or I am. My vehicles wouldn’t shoot, I constantly died without ever seeing an enemy, and I was absolutely of no use whatsoever. For those who’ve been reading these posts and think I just suck at shooters, allow me to present a little counter-evidence.

I’ve stuck with Call of Duty: Black Ops (a shooter that once kicked my butt) and now love the hell out of it. It’s an awesome shooter, and the tension in the air during a tight match is palpable. 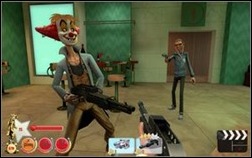 I’ve also stuck with Bloody Good Time (another shooter that previously owned me) and like it, too. So why is All Aspect Warfare so frustrating? It’s in the controls and presentation. I’ll pick up the full game delve into it in more detail in a review soon after e-AAGH.net’s update goes live tomorrow.